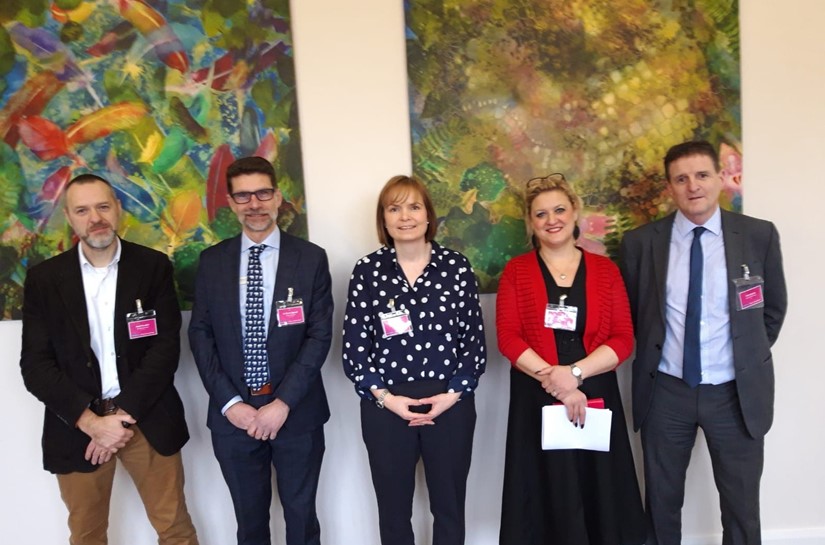 Jane Gaston, Development Director at Protos, part of Peel L&P, outlines how region-wide collaboration and Government support will be needed as West Cheshire looks to dramatically reduce its carbon footprint.

Earlier this year the West Cheshire Action on Climate Change conference, held at Chester Zoo, brought together experts from a range of industries, community groups and Government departments to encourage support for a borough-wide pledge to achieve zero carbon emissions by 2045 or earlier.

Everyone agreed there is a need to act and to do so urgently. Out of 391 local authorities, Cheshire West & Chester is the fourth largest carbon emitter in England.

Cheshire West & Chester declared a Climate Emergency in May 2019 and started to set out a plan for how the borough could dramatically reduce its carbon emissions. The council is quite clear that headline grabbing targets aren’t enough, action is needed.

Andrew Lewis, chief executive of Chester West & Chester Council, has said on the issue: “Our ambition is for the council itself to be carbon neutral by 2030, and the borough to be carbon neutral by 2045 or earlier. The high-carbon intensity of our industrial sector, and the radical nature of the policy changes that would be required to meet this target, makes this exceptionally challenging to deliver. But we believe our unique industrial base creates an additional responsibility for us in Cheshire West to take action.”

The council employed sustainability specialist Anthesis to analyse the borough’s carbon output and outline a way forward. The Paris Climate Agreement of 2015 set global goals to reduce global warming over the next century. Anthesis calculate that for West Cheshire to meet its share of the carbon output ‘budget’, carbon emissions will need to reduce in the borough by a massive 92% by 2030.

Significant responsibility for this rests on the shoulders of heavy industry in Cheshire. Around 5% of the UK’s energy is used in the region due to the density of manufacturers, so it comes as little surprise that 62% of West Cheshire’s emissions come from the industrial and commercial sectors.

According to Andrew, “Because of our industrial base, our borough’s carbon reduction plan is highly dependent on investment in low carbon industrial technologies. Our local business leaders share this commitment and recognise that their future depends on it.”

This is where Protos comes in. As a strategic energy and resource hub right in the industrial heartland of West Cheshire, we’re bringing together forward-thinking businesses that are working to deliver clean growth. By clustering together innovative technologies and connecting energy intensive businesses with sources of low carbon energy, we could not only see carbon emissions dramatically reduce but around 3,000 jobs could be created.

And this is the key point. We need to meet our climate change obligations but in a way that protects and grows the important industries that power our regional economy.

The simple solution would be to shut down these industries and export the problem overseas. However, that would have an undeniable impact on the regional economy and Cheshire & Warrington’s position as the second highest performing economy in England, outside of London.

It’s clear that radical changes are needed and a key theme at the event was collaboration. Achieving zero carbon emissions will be impossible without the public and private sector working together, particularly at a time when council resources are more thinly-stretched than ever.

A range of interventions are proposed for West Cheshire across buildings, transport, energy supply and industry. Installing insulation, super-glazing windows, and putting solar panels on tens of thousands of homes over the next decade, building new properties to energy-efficient PassivHaus standards, and gradually moving to electrify all modes of transport, including buses and trains, are some of the things being considered.

Industry will need to see a major increase in our sources of low carbon and renewable energy, from solar panels, to wind farms, to bioenergy, as well as the deployment of carbon capture and storage technology to lock-in the carbon released, and then feed it back to industrial users.

Ultimately, in order for actions to be taken at scale, Government funding is going to be needed. Chancellor Rishi Sunak’s latest budget made all the right noises and started to direct funds towards schemes focused on electrification, hydrogen production and carbon capture. While since then events have been rapidly overtaken by the Coronavirus crisis, the climate targets and the speed of delivery needed will not change. As Andrew says, “underpinning all this work is an inconvenient truth. Our carbon reduction plan doesn’t go far enough. We should have started with this intensity two decades ago. We need radical change in the political, social and economic context, beyond anything envisaged by either national or local government. But we can still make a contribution.”

As we look to times beyond the crisis, the Government must take the opportunity to boost sectors and innovators which look to put new, environmentally-beneficial, changes in places, rather than allowing a slip-back to business as usual and old habits.