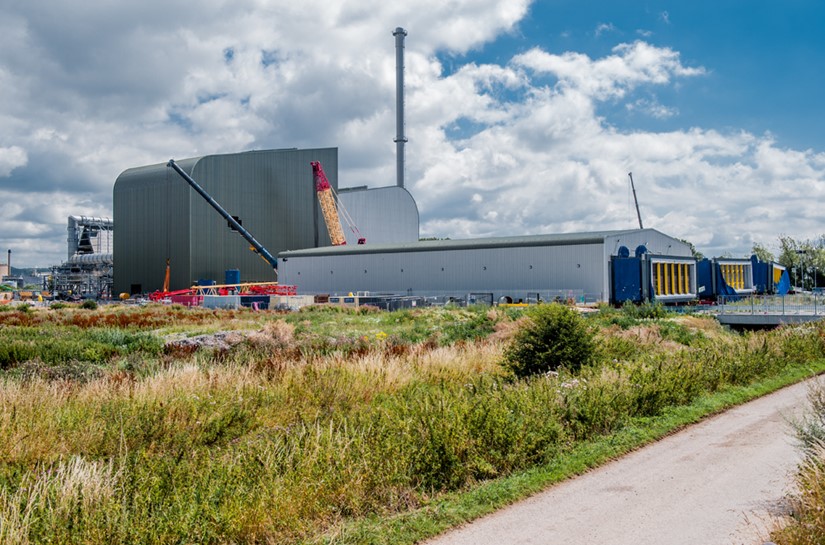 The project will fund design work for a carbon capture demonstration facility – based on innovative technology developed by C-Capture Ltd – at Ince Bio Power, the largest waste wood gasification plant in the UK. Ince Bio Power is located at Protos, Peel NRE’s strategic energy and resource hub in Cheshire. The plant, part of Bioenergy Infrastructure Group, currently uses commercial waste wood which would otherwise go to landfill, to produce energy to power over 42,500 homes.

The InBECCS project will pioneer the first negative emissions project in the North West and could be ready as early as 2025.

Carbon capture and storage is vital to help the UK reach net-zero carbon by 2050. Of the five scenarios presented by the Climate Change Committee (CCC) on how the UK can achieve net-zero, all include bioenergy with carbon capture and storage (BECCS). However, current technologies lack commercialization and scale. This project seeks to help to scale BECCS, utilising a world-leading, chemical solution from C-Capture, to capture over 7,000 tonnes of carbon every year. C-Capture has a unique technology, which offers a safe, low-cost way to remove carbon dioxide and is well suited to large-scale capture of CO2.

This project is part of the green industrial revolution occurring in the North West. The CO2 captured from the facility is intended to be stored in the soon-to-be depleted offshore gas fields in the Liverpool Bay. Protos is also home to plans for the UK’s first plastic-to-hydrogen facility and a 49MW energy from waste facility currently under construction. The project will support the North West’s ambitions to be the first low carbon industrial cluster by 2030 and one of the first Carbon Capture Usage and Storage (CCUS) clusters identified in the Prime Minister’s Ten Point Plan.

Energy Minister Anne-Marie Trevelyan said: “We are determined to tackle climate change and make it win-win for both our planet and our economy. Today’s major cash boost – targeted at our most polluting industries - will encourage the rapid development of the technologies we need to reign in our emissions and transition to a green economy, one that reduces costs for business, boosts investment and create jobs.

Just 6 months ago, the Prime Minister set out a clear 10 Point Plan for creating and supporting up to 250,000 British jobs as we level up and build back greener from the pandemic. Today we’re boosting our armoury for the fight against climate change and backing innovators and businesses to create green jobs right across the United Kingdom.”

Myles Kitcher, Executive Director of Peel NRE, part of Peel L&P, said: “An increasingly important part of our journey to net zero will be carbon capture and storage. This demonstration project will help to test the technology in a real-world setting, providing learning that can be exported on an international scale. Protos is carbon capture ready and ideally located to link into HyNet North West which aims to save over 1 million tonnes of carbon a year by the mid-2020s. This just shows why the North West is primed to be one of the first carbon capture clusters in the UK.”

Alex Young, Head of Development at Bioenergy Infrastructure Group, said: “The InBECCS project is an exciting opportunity to bring forward innovative technology to deliver negative emissions. BIG are committed to playing an important role in delivering on the UK Government’s net-zero ambition and BECCS has a pivotal role in the route to negative emissions. C-Capture's technology is well suited to large-scale implementation of carbon capture and storage, which we hope will help other industries to embrace carbon capture sooner.”

Dr Helen Atkinson, Business Development Manager at C-Capture, said: “As C-Capture’s innovative technology is further developed and optimised, we are delighted to be working alongside Peel NRE and BIG to study the integration of our solvent-based technology on a waste wood gasification plant. We are proud of the potential our technology offers to mitigate climate change as part of the growing market for environmentally-conscious power generation and industrial processes”.

The funding granted by BEIS will support phase one of the InBECCS project, which includes the design of a 20 tonne CO2 per day demonstrator. Following completion of phase one, there is the potential for a further £5m to be made available by BEIS to fund deployment of the technology. If successful, the second phase of the project, due to begin in 2022, will see the demonstration plant built and operated. It is part of a £166.5 million funding package announced today (Monday 24 May).