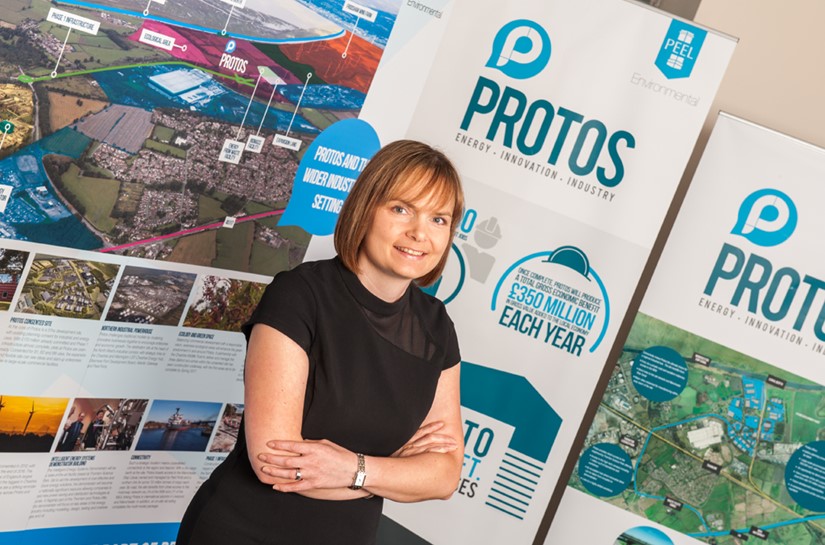 The UK’s move towards carbon reduction is gathering momentum, with this month named ‘Net Zero November’ to raise awareness of the drive towards a low-carbon future. Jane Gaston of Peel Environmental outlines what net zero means, and why Cheshire in particular is ready to make a change.

This year has been the year ‘net zero’ has really made headlines. What does it mean?

A push towards reducing carbon dioxide in the atmosphere and its impact on our climate has been going on for years, but it was in June this year that the Government put the UK’s commitment in stone, passing laws to bring carbon emissions to net zero by 2050. ‘Net’ means massively reducing the output of gas, changing the types of fuels we use, and if putting carbon into the atmosphere is unavoidable, balancing that out by investing in schemes which remove carbon elsewhere.

Isn’t this a world-wide problem, with most of the emissions being produced somewhere else?

A quarter of all the UK’s greenhouse gases come from heavy industry, like the production of chemicals and goods, such as cars. We have a concentration of these types of businesses in the North West and particularly in Cheshire. To give an idea of the scale, 5% of all of the UK’s energy is used in North Cheshire, because these facilities need so much power to run.

Does this mean the end of the region’s manufacturing industry then, if we have to stop producing carbon emissions?

It is a big challenge, but also an opportunity. As we head towards this target, you’ll hear the phrase ‘clean growth’ a lot – which is about continuing to grow and support these industries which have given so much to the success of the region, but with low carbon, clean energy at the heart of production. There’s also the potential for creating 33,000 more jobs, as the region sets itself up as a centre for innovation in clean growth.

What’s being done in the region to make the changes needed?

Aside from the 2050 target, the Government has set the ambitious challenge for there to be the first low-carbon industrial cluster by 2030. Obviously, we like rising to a challenge, so created the North West Energy & Hydrogen Cluster with the aim of being that first cluster in the country, creating a model which can be replicated elsewhere. There are already sites in the region focused on research and putting high energy-use businesses alongside low carbon energy generators. At Protos, we’ve developed plans for a facility which can use waste plastic to create hydrogen, a clean energy source, and one that was recently consented which will take bio-resources and use them to create a renewable transport fuel.

So, it’s not just going to be about building more wind farms and installing solar panels?

Lots of different types of solutions are going to be needed to achieve the ambitious Net Zero target, rather than an ‘either/or’ approach. We need to invest more in the renewable energy sources we already have, but also look at the many new types of technologies which could revolution energy creation, such as hydrogen. This is why there’s the potential for so much job creation. In the short term as we transition towards fully renewable or ‘green’ hydrogen we’re also looking at how we can capture the carbon that is released and then store it. In the North West this could mean re-using gas fields in the Irish Sea to store carbon.

The prize is huge; billions of pounds invested, more jobs, and a cleaner planet, and the North West is leading the charge.