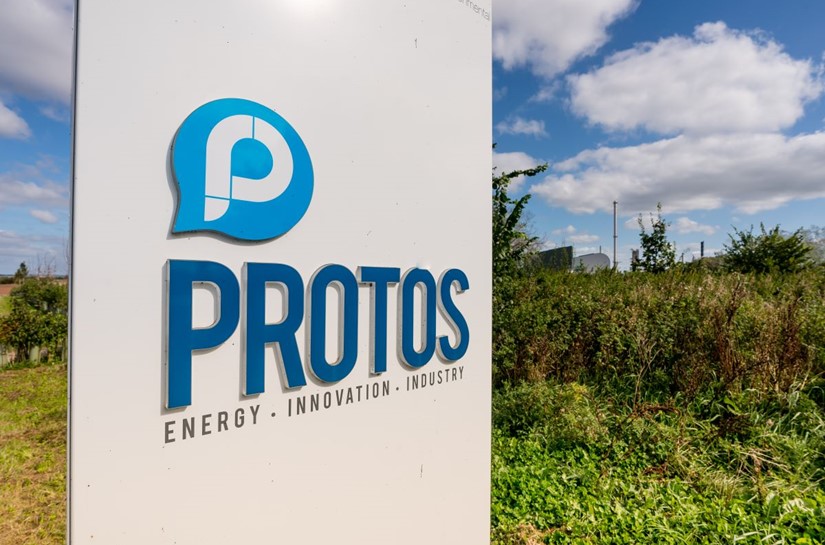 It’s Net Zero Week in the UK – a national awareness week that shines a spotlight on the need to radically reduce our carbon emissions to combat the effect of climate change.

The UK has committed to reduce emissions to net zero by 2050, with loads of other countries in Europe doing the same. Many individuals and organisations champion the importance of ‘net zero’, as opposed to becoming simply ‘carbon neutral’. Whilst the latter can be achieved through carbon offsetting, the sentiment of net zero is to reduce emissions by as much as possible, with offsetting as a last resort.

The North West is flying the net zero flag, with ambitions for radical change to become net zero before the national 2050 date. [For more on this, check out the Net Zero North West Industrial Decarbonisation report to see what we’ve been up to].

At Protos, we’re doing our bit…

There’s not one single answer to achieving Net Zero. It’ll take a patch-work of initiatives that challenge the status quo, each doing their bit to reduce emissions. That’s needed across a wide range of sectors, each with their own unique decarbonisation challenges.

We set out for Protos to be a place where new technologies can be trialled, developed and deployed – ones that rise to the Net Zero challenge. This approach has seen new and unique projects brought forward, like the UK’s first waste Plastic to Hydrogen facility, set to use the pioneering Powerhouse Energy technology to turn end of life plastic into a fossil fuel alternative for vehicles. The plant will feature alongside a planned hydrogen refuelling station, to supply up to 1000kg of hydrogen per day to vehicles.

The Government recognises that carbon capture will be crucial to reaching Net Zero. We’re embracing the opportunity at Protos by exploring the potential for a local CO2 network, capturing carbon from operators on site to be stored offshore. It’s early days for the project (we’re currently looking at the feasibility), with the idea that this local network could take CO2 from other sites via a carbon terminal and link to regional infrastructure planned as part of HyNet.

Not only that, great things are already happing at Protos. Bioenergy Infrastructure Group (BIG) have just announced that the Ince Bio Power facility has been selected as a carbon capture pilot project. It’ll see the facility become the first biomass waste gasification facility to adopt the technology in the UK. The project – backed by the Department of Business, Energy & Industrial Strategy – will capture some 3,650 tonnes of carbon per year, with a target to be up and running by 2027.

Net Zero isn’t just about energy! Abundant nature havens have a key role in not only creating areas rich in biodiversity, but also manging water on site, with plants and trees releasing oxygen into the atmosphere. This twin benefit means landowners have a real opportunity to create a greener future in how they plan developments.

Protos does this in spades – with so-called ‘green infrastructure’ an essential part of the site layout. Over 50 hectares of land is dedicated to nature, 2,600 trees have  already been planted, and the wetlands are teeming with wildlife … think migrating birds such as the chiffchaff, water voles and barn owls.

An often overlooked area in the Net Zero debate is the need to create a circular economy. Typically, dealing with our waste can be difficult and there’s a pressing need to find more sustainable solutions than burying it in the ground. That’s why sites like Protos are needed to tackle the UK’s waste dilemmas.

We’re proud Protos is at the forefront of clustering more sustainable waste solutions. Take BIG’s biomass facility, which uses waste wood to generate power. Or our planned Plastic Park, the first of its kind in the UK and unanimously approved this week by Cheshire West and Chester Council, designed to make the most of over 360,000 tonnes of mixed recyclables and plastic every year – whether sorting and sending them to make new products elsewhere or to produce hydrogen.

There’s more to come. We’re always in active discussions about future development at Protos, looking at how new projects can deliver long-term solutions that underpin a sustainable future.

Stay tuned to our social media channels as we track all the progress on site during 2022!