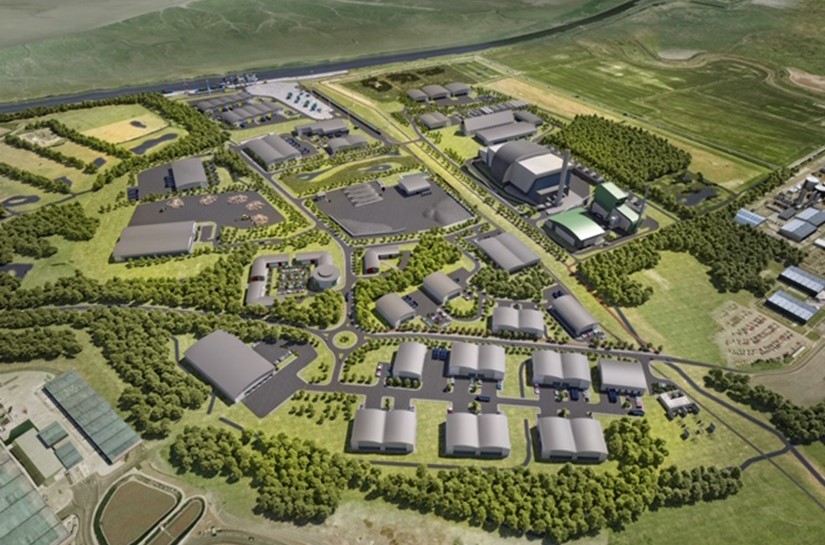 Investment in energy and infrastructure is key to the success of the Northern Powerhouse initiative, according to a director at Peel Environmental.

Jane Gaston is the development director for Peel Environmental, part of the Peel Land & Property Group. The company is behind Protos a £700m flagship energy hub located within the Energy Innovation District in Cheshire.

Gaston told Insider the Northern Powerhouse initiative had the potential to benefit the whole of the UK.

“The government needs to look past boundaries and see how different parts of the country have diverse yet complementary strengths,” she said. “It’s not about the north booming at the expense of the south, it’s about all regions working together to make the UK prosper.

“Peel’s heartland is the North of England and we’re very passionate about encouraging development and attracting investment. For us the Northern Powerhouse provides a platform for us to do business and we’re proud that many of the development sites in the government’s prospectus come under the Peel Group banner. We will always champion the North and it’s great to have an initiative that’s government backed.”

However, Gaston said that the initiative has been affected wider political issues, including Brexit, which have prevented more progress from happening.

“The challenge with the Northern Powerhouse has always been demonstrating something tangible to cut through the rhetoric and I think that’s where it still falls down. The regional economies in the North West are buoyant and it’s difficult to say whether many of schemes under the Northern Powerhouse banner wouldn’t have happened anyway. ”

Gaston called on the government to help move the initiative forward, and highlighted the importance of investment in energy and infrastructure.

She said: “It needs to deliver some tangible outputs – Transport for the North has made an excellent start and we need now to move into other areas such as energy and deliver more projects. As Northern Powerhouse minister Jake Berry needs to set out a short, medium and long term business plan and get this in front of companies looking to invest and locate in the UK.

“For me energy and infrastructure is the main issue. It’s certainly overlooked at times but is essential to delivering economic growth and prosperity. If you can’t switch the lights on or get to where you need to be then how can we expect the regional economy to grow? The recent Metro Dynamics report ‘Investing in the Future’ highlights just this issue. Prioritising spending on regional infrastructure is vital to grow and rebalance the economy.

“That’s why we’ve been working with other partners to promote an Energy Innovation District (EID) in the North West. It’s all about delivering a new decarbonised energy system for the region which will boost economic growth and investment. Work is already underway to create a local grid that can deliver low-cost, low carbon energy direct to industrial, commercial and domestic users. A £14m investment has been committed at Peel Environmental’s Protos site in Cheshire to make this happen. We’re also one of the founding members of the North West Hydrogen Alliance which has come together to highlight how the North West of England could make hydrogen energy a reality in the UK.”

Gaston also highlighted the importance of collaboration between the North’s towns and cities.

“There’s some good collaboration taking place between mayoral areas and increasingly they seem to be recognising their respective region’s strengths and how they can complement each other,” she said. “The presence of metro mayors certainly brings another dimension to the Northern Powerhouse and is a useful touchstone with international delegations – many other global economies are made up of strong cities and towns with their own mayors so they recognise this system of project delivery.

“Towns and cities are definitely working together within the regions but there’s still a bit of a way to go between them. Hydrogen is a good example of where there is still a healthy balance between the North West and North East, with both regions promoting it. The North West is focused on delivering an industrial system that could be rolled out for the whole country and is deliverable within this parliament, whereas the North East is looking at a domestic project due to start in 2028. There’s no reason why the regions within the Northern Powerhouse can’t work alongside each other by focusing on the unique things they have to offer and how they complement each other.”

Gaston added that the success of the Northern Powerhouse would provide a number of benefits to Peel.

“We’ve always championed the North and legacy is immensely important to us,” she said. “Having a clear vision which all parties can get behind could be very powerful. Northern businesses are keen to work with government to do their bit in attracting investment to the UK and driving prosperity. In the energy and infrastructure sector alone there are a number of exciting investment opportunities. Take Protos, our strategic energy hub based in the industrial heartland of the North West, which is fast becoming a destination for energy, innovation and industry. It is at the heart of a whole energy system and clusters complementary businesses, including energy intensive industries, associated supply chain and energy generation which could see £350m GVA produced each year.”