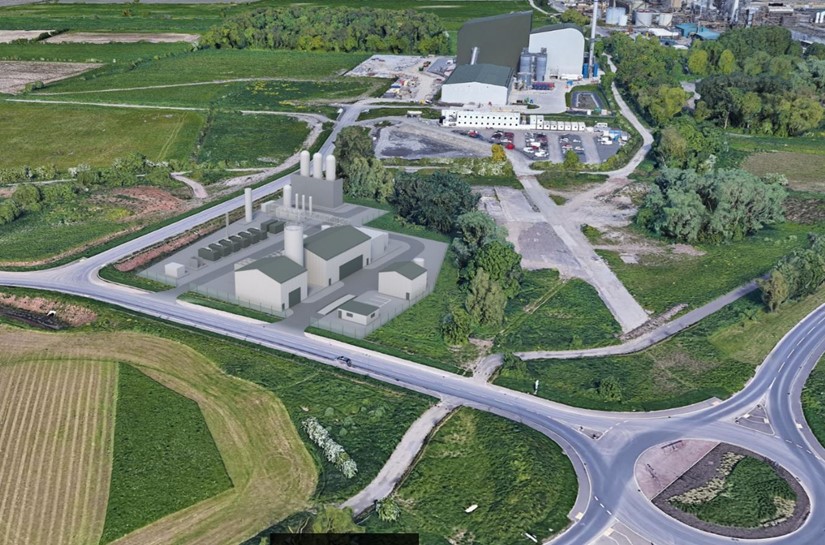 The plans would see a ‘UK first’ plastics to hydrogen facility delivered at the 54-hectare Peel Environmental – part of Peel L&P – Protos site near Ellesmere Port in Cheshire.

The proposed facility would use innovative technology to address two significant environmental problems facing society – firstly what to do with plastic waste that cannot be reused or recycled and secondly how to decarbonise energy and transport sectors.

The facility would take non-recyclable plastic and use it to produce hydrogen which could be used to power road vehicles. This local source of hydrogen could be used as a clean and low-cost fuel for buses, Heavy Good Vehicles (HGVs) and eventually cars, helping to reduce air pollution and improve air quality on our roads. The facility would also generate electricity which could be provided to commercial users via a microgrid at Protos, helping to reduce reliance on fossil fuels.

The £7 million facility will use pioneering DMG® (Distributed Modular Gasification) – an advanced thermal treatment technology developed by PowerHouse Energy – to treat up to 25 tonnes of waste plastic a day, that would otherwise go to landfill. The development would see a further 14 full time permanent jobs created at the Protos site with over 100 jobs created in the North West during fabrication and construction.

“This is an exciting next stage of development at Protos which would help tackle two environmental problems facing society. We currently send almost 1.2 million tonnes of waste plastic to landfill every year. This facility would take plastics that cannot be reused or recycled and use them to provide a local source of hydrogen which can help to reduce air pollution when used as a clean and low cost fuel for buses, HGVs and cars.

“Our location next to the University of Chester’s Energy Centre provides a seamless link between industry and academia, with the PowerHouse Energy technology developed right next door. We’re looking to work with a range of partners and innovative technologies to create value from waste and build upon Protos’ reputation as a resource recovery and low carbon energy hub.”

“We’re delighted to be moving forward with our first facility in the UK. Protos was a logical choice due to its strategic position in the North West, with excellent transport links, access to unrecyclable plastics and a concentration of energy intensive users. The facility would see £7 million invested in the local area with 14 full time jobs and a further 100 created during construction. We’re keen to talk to local residents about our plans and look forward to welcoming them to our consultation events.”

Following consultation, a planning application for the development is expected to be submitted in Summer 2019 with a decision from Cheshire West & Chester Council expected by the end of the year.

This is one of many hydrogen projects taking place in the region with Peel Environmental a founding member of the North West Hydrogen Alliance. The company is also part of the North West Energy and Hydrogen Cluster – a partnership of companies, regional leaders and network of academic experts under the North West Business Leadership team – that recently came together to meet the challenge of becoming the UK’s first low carbon industrial cluster by 2030.