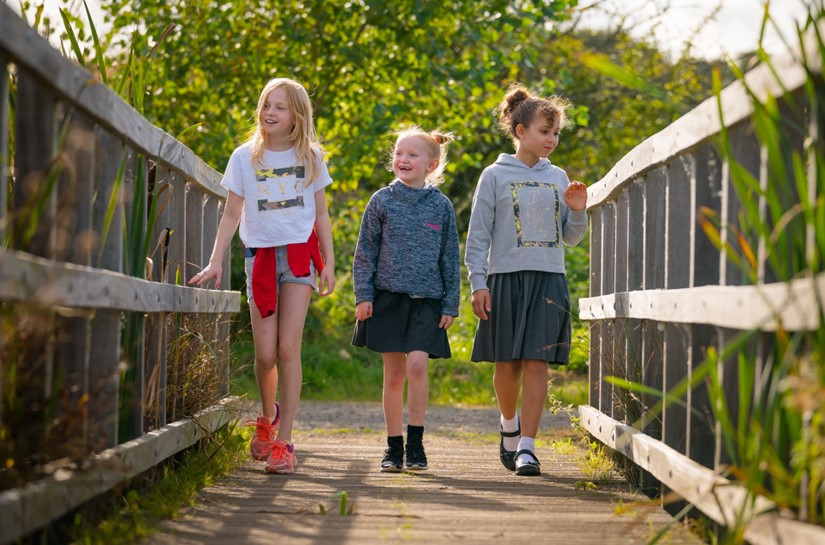 We have been working with Cheshire Wildlife Trust to manage the nature areas which are thriving. There are a variety of birds and ducks currently making Protos their home. Chiffchaff, blackcap and whitethroat can still be seen on Goldfinch Meadows but it won’t be long before they start their Autumn migration back to southern and western Europe, southern Asia and north Africa.

We’ve also spotted some really important species, including tree sparrows which have been in decline since the 1970s and a rare wading bird the black tailed godwit – both of which are on the red list of birds of conservation concern. If you’re lucky you might even spot the illusive water rail, a secretive wetland inhabitant with a long red bill.

Broxton Barn Owl Group (BBOG) visited Snipe Haven in July to check the barn owl box which was installed last Autumn. They found a very feisty male which had been ringed last year on Frodsham Marshes, and an unringed female. Another barn owl box will be being installed later this year.

Water vole surveys have shown that the water voles managed to survive the wet weather earlier in the year. A member of the public was lucky enough to witness one swimming in the perimeter ditch earlier in the Summer. We’ve also spotted gadwall, mallard, little grebe, coot and moorhen all using the ponds at Snipe Haven.

The wild bird seed mix which was planted earlier this year is thriving and will provide a valuable winter food source for farmland birds between January and March.

If you visit the nature areas please take your rubbish with you to help protect the area and keep it clean and tidy. We’ve had some issues of rubbish being left and flytipping so we’re reminding everyone to treat the areas with respect.  They are for everyone to enjoy so please look after them so they continue to flourish.