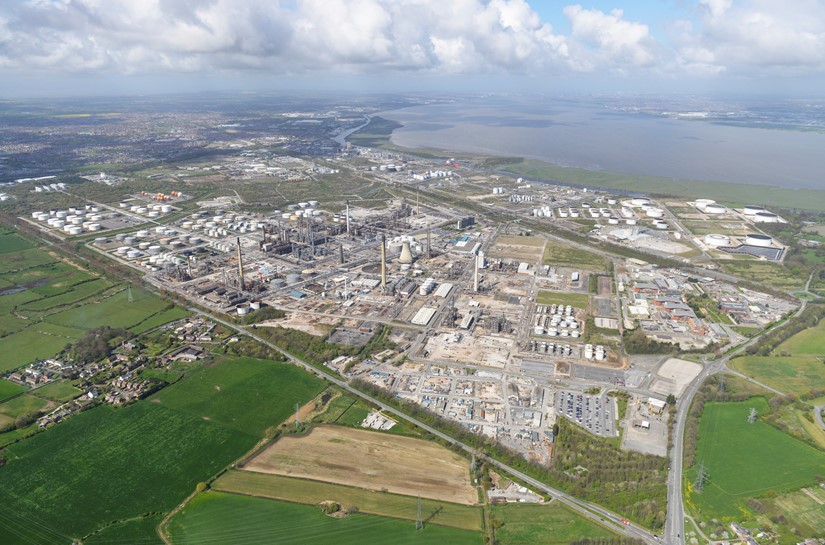 The North West has set out a clear roadmap to decarbonisation for the region. Peel NRE – part of Peel L&P – is one of the partners developing the Net Zero North West (NZNW) Cluster Plan which outlines how the region will deliver on its aim to be the UKs first net zero carbon industrial cluster by 2040.

A new interim report published this week outlines the progress of the Cluster Plan during the first year of the project. Launched at an event held at Sci-Tech Daresbury, where Peel NRE’s Myles Kitcher and Jane Gaston were speaking, the report sets out a series of interventions to reduce industrial emissions from 16.7 million tonnes of CO2 every year to zero by 2040.

Myles Kitcher, Managing Director, Peel NRE – part of Peel L&P said: “Today’s report shows how far we’ve come. There’s been a huge amount of work to understand how the range of projects we have in the North West – from harnessing tidal power in the Mersey, to strategic energy hubs like Protos in Cheshire to hydrogen and carbon capture – can all work together to reduce industrial carbon emissions to zero. But we can’t be complacent. There is still work to be done to ensure that we have the right skills and supply chain here in the North West to deliver on this opportunity which will be an important focus for year two of the Cluster Plan project.”

Ged Barlow, Chief Executive of Net Zero North West: “This is a landmark point in the development of the North West’s Cluster Plan. For the first time we have a clear and credible roadmap to reaching net zero in 2040. We’ve long had the ambition to be the first cluster to decarbonise and this report shows how we’ll get there. There are a plethora of low carbon projects already happening in the North West from renewables to nuclear and hydrogen to ammonia and all of these are going to be needed to reach net zero. This regional decarbonisation strategy will not only help the UK meet its net zero targets it will be crucial in giving us greater energy independence as set out in the Government’s Energy Security Strategy last week.”

Andy Hulme, Head of Innovation and Growth, North West Business Leadership Team said: “We’re delighted to see the launch of this Cluster Plan report. The work to develop it leaves no doubt about the scale of the challenge in decarbonising industry in the North West. However, it also demonstrates viable, deliverable routes to achieving the ambition to reach Net Zero by 2040. The key is creating the conditions to unlock the private investment which is needed to make it happen.”

The £120,000 Cluster Plan project, which is jointly funded by UK Research & Innovation (UKRI), under the Industrial Decarbonisation Challenge Fund (IDCF), and by industry will form part of a national cluster plan strategy being prepared by UKRI and Government.

In the second year of the Cluster Plan an investment case will be developed which builds upon the NZNW Economic Prospectus published in 2021 and will set out the skills requirements and supply chain opportunities. The region stands to benefit from £207bn of targeted investment, which will turbocharge the UK economy by £285bn GVA and safeguard or create over 660,000 jobs.

Alongside leading hydrogen and carbon capture project, HyNet North West the region is also unlocking hydrogen as a clean fuel for transportation, including plans for the UK’s first plastic to hydrogen facility at Protos in Cheshire. Building on its strong heritage in the nuclear sector a North West Nuclear Arc has been established that will provide clean and sustainable energy across the North West and North Wales.

The North West is a national centre for renewable energy investment and innovation, with ambitions to maximise the use of its land and coastal assets and put wind, tidal and solar energy at the heart of powering the region, including the multi-billion pound Mersey Tidal Power project. The region has also created a blueprint for a Smart Energy system that could deliver cheaper and cleaner energy for power, heating and transport.

To download a copy of the report visit www.netzeronw.co.uk